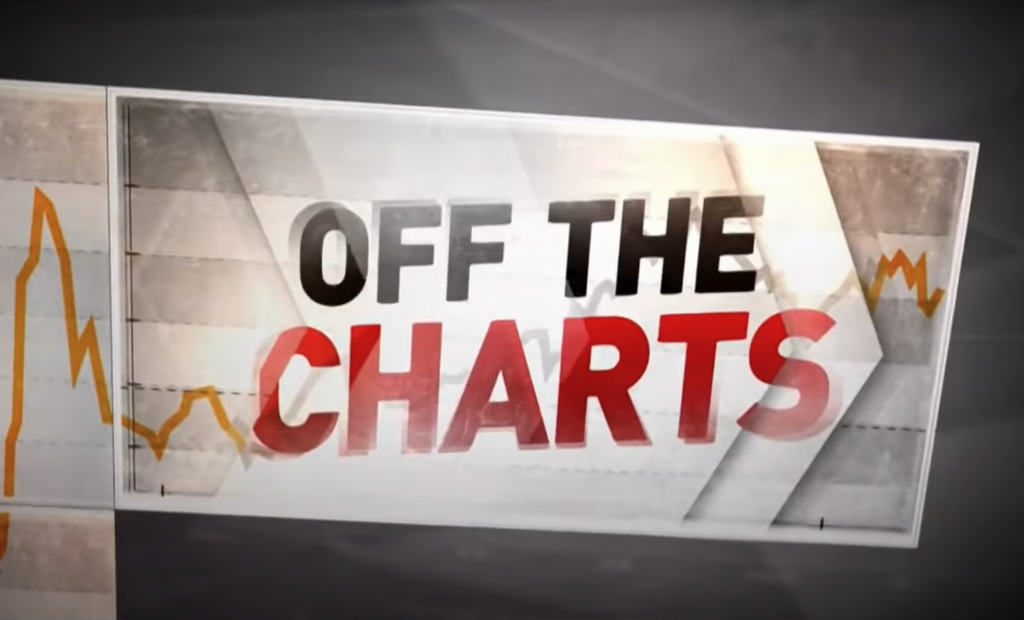 Jim Cramer: When will the pain stop? Will last month’s lows be able to hold or are we looking at still one more leg down? You know this is what I think about every day. So far this year, bottom fishing as we know it’s been a fool’s errand, but stocks about come down huge from their highs Wall Street feels a lot less blindly optimistic then, six months ago, positive. That said it’s an insanely emotional market when you’re trying to spot a bottom or a top for that matter, you need to take these emotions out of the equation. But when we want is a more empirical approach to the market.

To go with that, top approach that I gave, which made me, which was pretty bullish. So that’s why tonight, we’re going off the charts with the help of Tom DeMark and his team at DeMark Analytics whose work you can follow at symbolik.com, S-Y-M-B-O-L-I-K dot com. Now DeMark’s legendary figure in this business, he and his team have been incredible track record when it comes to timing the market. One that goes back decades, and what you need to know now is that he’s feeling good about vast swaths of the stock market, rather than searching for patterns like a typical technician.

DeMark’s all about trying to identify when markets are likely to change course. Ideally ahead of time. That’s why he’s always on the hunt for signs of trend exhaustion and price reversal inflection points. Those are the language that he likes and I’ve learned to use it. You need to too. Now I don’t want to go into too much detail, about how the system works. In part because it’s complicated but also because a lot of the stuff is proprietary. And you can go to symbolik.com to learn more.

But what matters here is that Demarks proprietary indicators, come down to the basic tenets of supply and demand. Remember at the end of the day, the stock market is a market. And all markets are controlled by supply and demand. When demand is greater than supply, stocks, go up. When supply is greater than demand, stocks, go down. DeMark’s, dedicate his whole career to spotting moments when these dynamics change. Makes sense to me, very intuitive and rational. So, when we’re hunting for a bottom, the key is to identify when the sellers have run out of firepower. When everybody who is going to sell has already sold, I often talk about that seller exhaustion.

This usually happens before things get better. In fact, markets tend to bottom on bad news, not good news. You know, the lows are in when something awful happens in stocks go up anyway. Think about what happened with Micron, bad forecast stock went up anyway. So, what does this have to do with the actual Market? Let’s start with the Dow Jones Industrial Average and the S&P 500. On May 19th the day of the markets previous big low, DeMark’s timing model predicted we get two successively lower lows and closes before the averages bottom.

The Dow and S&P hit those two targets, hit those targets two weeks ago. However, because there was a two-week rally off the May 20th low in the first week of June, DeMark’s timing model required an extra day of weakness to recalibrate. He and his team have a 13-step buy or sell countdown model, that helps them identify potential highs and lows, you get a certain number of sessions going in the same direction and sooner or later the trend exhaust itself. There’s more to it than that.

But what you need to know is that the S&P 500 hit 13 on the buy countdown on June 16th. Which suggest this was a real bottom as for the Dow, it 13 on the buy countdown the next day. But there’s a secondary countdown, that it’s still only at 12. To DeMark that means the Dow may have bottom last month or maybe there will be one last downdraft that takes us to a lower low. Now, DeMark’s been doing this kind of analysis for 50 years and he sees some parallels between the current market and the early 70s. Once you take a look at this chart, which shows the daily action in the down this year versus the daily action in 1973.

As you can see, well that was a period of melez. As you can see, he was using the same 13-step countdown even back then, and it worked just as well as it does now. They believe the relationship is noteworthy and if it holds, we see some more choppy trading for the Dow over the next couple months, followed by a strong rally in September and October. Okay, remember we’re following a pattern of 73, all right? But then a large decline into the end of the year.

If Demark is right, then right now we could be looking at an incredible trade. Next, how about the NASDAQ Composite? As you can see DeMark’s methodology called the top in this thing last November, the tech-heavy NASDAQ had run so far so fast that the uptrend was exhausted and then it was overwhelmed by selling. I remember what happened that was when the Fed got tough.

After that, we got four straight months of weakness. But then in March, the NASDAQ, hit DeMark’s 13 buy countdown. And we got a nice rally, off the low by the end of March though, we got another sell signal, this thing’s really tough. A completed 9 sell setup, and then NASDAQ experience another leg lower. Right now, it’s at 12 under DeMark’s 13-step bottoming countdown, meaning the bottom probably isn’t here, yet. It also hasn’t hit his lowest downside price target yet. More on that second.

How about the NASDAQ 100? The extremely tech-heavy index made up of 100 largest non-financial stocks in the NASDAQ composite. Take a look at the QQQ, which actually recorded a 13 buy countdown in the middle of last month. But here’s the thing, it’s not enough to just hit 13 on DeMark’s trend exhausting countdown. In a market this tricky, he won’t try to call a bottom until an index actually. Until an index also hits his downside targets, neither the NASDAQ composite nor the NASDAQ 100 did that. He doesn’t expect them to bottom until the former hits 10,515 and the latter hits 268 so that’s the number you have to think about.

DeMark, also has a tool that he calls his Market Map model, which surveys historical price action in order to predict the markets future movements. He’s applied it to the NASDAQ 100 and has come for the forecast looks a lot like the 1973 run for the Dow. Specifically, Demark sees it upcoming near turn low, followed by a rally into the end of July. But then a decline in the end of August, to a newer low. After that however, he’s expecting that sharp rally we talked about into late October, that could recover 55 to 60% of the entire 2022 decline. So obviously you want to be in for this.

If you like another analogy DeMark thinks this upcoming bottom could be a lot like the late March of 2020 bottom. When everybody thought the world was ending. But the averages quickly bottom in part because the Fed was printing money like crazy. And in part because everybody who was going to sell had already sold. Remember markets bottom on negativity not positivity.

We spent months getting hammered based on the same horrible story. The sooner or later that gets baked in and then you’re okay. And look, it’s not like, there’s no good news. We spend all year terrified of how the Fed might have to destroy the economy, kill off inflation.

But one look at the commodity markets tells you the Fed made tremendous progress in containing inflation at least in commodities, just after two aggressive rate hikes. So, I think DeMark might be onto something. Here’s the bottom line. The charts as interpreted by Tom DeMark suggest that with just a little more weakness. This market has finally got a legitimate chance to bottom for the first time, since everything started rolling over last November. The S&P 500, might have already put it, it’s lows, I hope he’s right. And more importantly, I think he is, right.

Michael: All right, you think Coinbase has what it takes to ride out the bear market or begin to see more deterioration along with us? Some of the other cryptos?

Jim: Well, I don’t really care for Coinbase, for Coinbase corn bit so it should work Coinbase. Like the coordinates change, it was the 3rd March in Philly, here’s my problem with Coinbase. We have even with the best of banks, the best of banks are all hard stocks. Now, I think they’re going to get better, but I need the upside from a bank here and I don’t think Coinbase which I rescinded offers and people are saying is having a hard time getting Talent, huh? Can necessarily be the one that you want to be in for the financials. Let’s go to Tyler in California. Please Tyler.

Tyler: Booyah hi there. How you doing?

Tyler: I’m all right, thank you for asking. So, I was wondering if stock I’m watching the moves up, 1.4% in the same direction for every 1% move in Bitcoin. Assuming I was bullish on Bitcoin, of course. I was wondering if MARA is down 80% from its highs, this would be a long-term hold in correlation with Bitcoin?

Jim: Well, I think it is definitely correlation of Bitcoin. I’ve just that juncture. I want to be correlated with that. I’m I was checking some people, my mentions called my Twitter, always nice and not [inaudible] , and people were saying with Jim, I’ll show you now, you tell us, you don’t like Bitcoin. I once again, remind people that I sold my Bitcoin dramatically higher and bought a Farm in Pennsylvania. And I would never think about selling that farm and buy Bitcoin. And that sense, just because there’s tremendous largemouth bass in the pond, right.

The chart suggests, this Market probably has legitimate chance the bottom for the first time since November. I, I think Tom DeMark’s right. Now much more Mad Money ahead, a buy now pay later. Seemly turning to buy now pay never? So, I’m taking a closer to look at the players in the space and see what the future could hold. Then, I had a Friday’s employment report. What key aspects should we be watching that we’re not? I’ll give you, my take. And what recalls rapid-fire, tonight’s just of the lightning round? so stay with Cramer.

© 2022 CNBC LLC. All Rights Reserved. A Division of NBCUniversal